Microsoft has officially unveiled the new Surface Pro, the successor to its popular Surface Pro 4 laptop-tablet hybrid, as well as the Surface Laptop at the company’s event in Shanghai, China.

Here are the core details you need to know:

And here is the new Microsoft Surface Pro’s launch video:

The new Surface Pro, images of which leaked late last week, is lighter than the Surface Pro 4 (weight sits at 1.7lbs), has a redesigned speaker system, comes packing an Intel Core i7 (7th Gen) processor, a 12.3” PixelSense touch display (267ppi and 3:2 aspect ratio), a 13.5-hour battery life (that’s 50 per cent more than the Surface Pro 4), a quieter internal fan (18dB with core i7 installed), next-generation hinge-system and a tilt-sensitive Surface Pen capable of 4096 levels of pressure. There are also new Alacantara keyboards and a Studio Mode, while support for LTE Advanced will be available in units shipping later in the year. Here is a short video showing off the new tilt-sensitive Surface Pen in action:

And here is another short video showing off the new Surface Pro’s bendable Arc mouse:

Express yourself with a sensibility and style not found anywhere else. Create in color with the new #SurfacePro. pic.twitter.com/SFs5LpWoYg 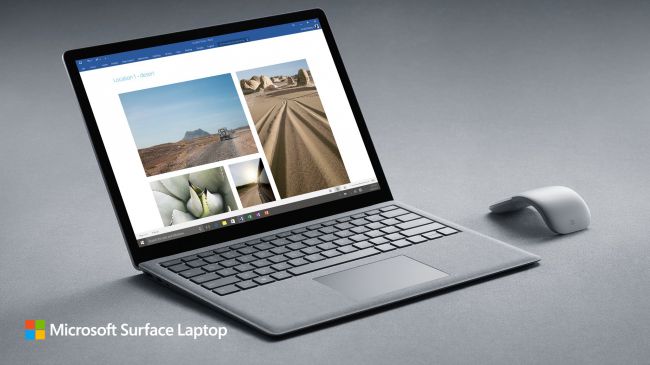 The speed and power to achieve even the greatest of accomplishments – in style. The all-new #SurfaceLaptop. #MicrosoftEvent pic.twitter.com/KFKmOp1vpT Microsoft also announced that its HoloLens Development Edition and Commercial Suite is now available in China. We had mixed opinions on HoloLens when going hands on with the system last year, however, there was no doubting the quality of the technology on display or its potential applications, so this can only be a positive step forward.