Stop us if you’ve heard this one before. A heavily injured amnesiac wakes up on an abandoned spaceship with no memory of why he is there only to find out… dun dun dun, he isn’t alone. In fact, he is being hunted by a horribly mutated creature who is all to eager to gut him in the worst possible way. Been there, done that. But credit where it’s due – Phanaruk is able to deliver a unique spin on this tired yarn and is definitely worth you attention. 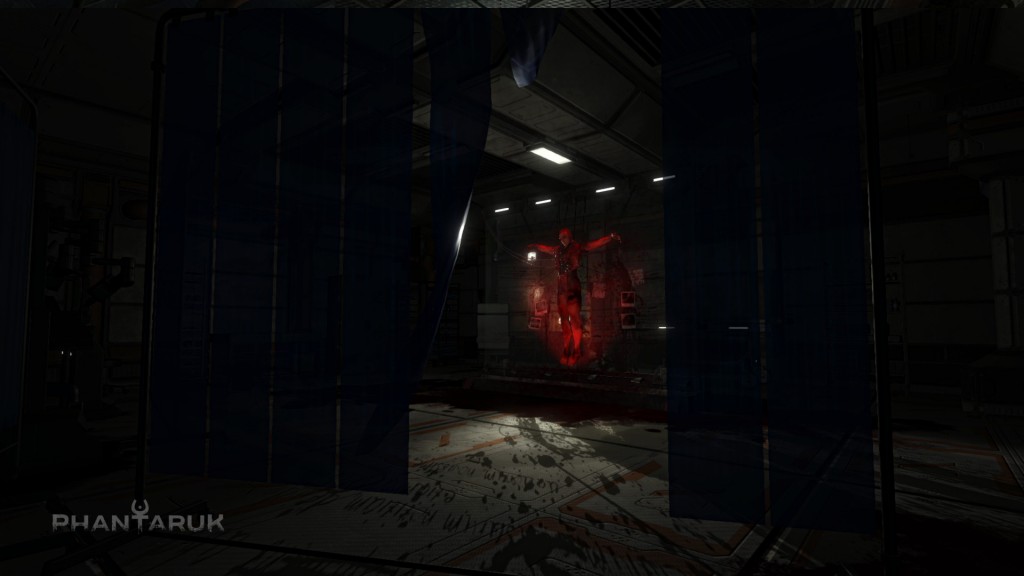 We wake up on the Purity-02, a spaceship owned by the H+ Corporation (no doubt another sinister Weyland-Yutani or Umbrella corp type company) carrying important research on evolving humanity beyond their physical limitations. A noisy alarm blares on, drowning our auditory sensations while temporary blurriness limits our vision. This is where we pick up control and begin to explore the ship. Left clicking is used to interact with objects while right clicking brings up the player’s right arm strapped with a device showing biometric readouts. This is great as it keeps the player immersed in the world without having to move to an inventory screen ala Resident Evil and Silent Hill. 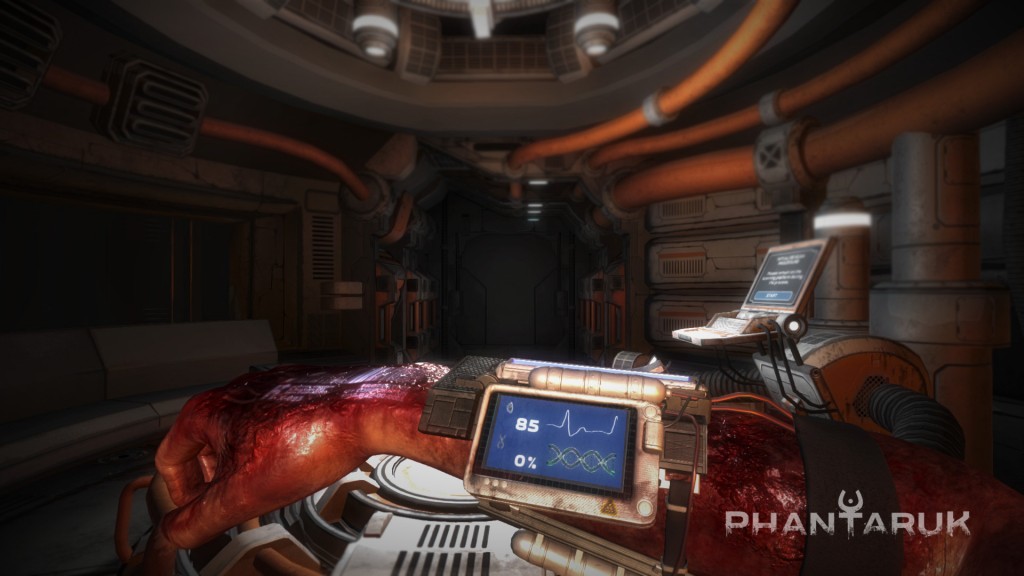 Now this is where things get interesting. The ship is infected with a parasite releasing toxins in the air constantly attacking the player health. This keeps increasing the pulse of our silent protagonist, damaging him until he dies. The only way to combat it is through the use of syringes lying around the ship that must be used to temporarily keep it down. This adds another layer of strategy and a sense of urgency which is generally missing in other survival horror games. So the player is forced to be constantly on the move throughout and is kept on his toes. Movement is fine with crouching having the right amount of headbob which is good since you’re going to spend a majority of the time traversing ventilation shafts through the ship. A light meter is present showing you how hidden you are from the titular Phantaruk who is an ever present danger stalking the ship, eager to smash you to pieces. As you go progress further into the game, the lighting grows dimmer so having to rely on the flashlight is important but at the same time it will attract the monster.

Avoiding the hulking beast is the best way to play since you can’t fight even though scraps of metal lying around will tempt you wishing you could incapacitate it. Outrunning it isn’t much of an option due to limited stamina and speediness of the Phantaruk. Thankfully, audio presentation is excellent with ample sound effects produced by the monster to let the player avoid it without the need of keeping it in direct line of sight. Each and every thing has a distinct sound effect making us recommend headphones to fully enjoy the effort gone into the sound design. The sparse use of music really did wonders to create a foreboding sense of atmosphere making the player dread whatever comes next with any musical cue. 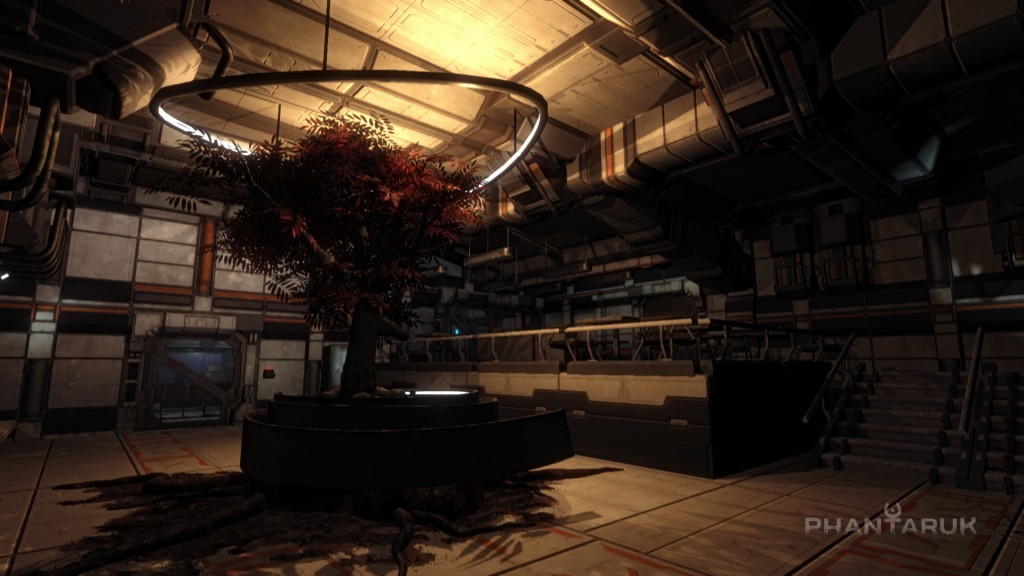 To break the lull, simple environmental puzzles fill the downtime along with scattered text logs and torn scraps detailing the game setting or shedding light on the previous inhabitants of the ship. They further flesh out the world by some offering mundane and others some interesting tid-bits. The 6 levels available in the preview provided an interesting variety of gameplay that we hope doesn’t outstay its welcome or drag on towards the end (we’re looking at you, Alien Isolation).

This doesn’t mean the game is entirely free from faults. During the intro level we got numerous game hints detailing the controls and gameplay which we felt were a bit intrusive and took us out of the experience a bit. Perhaps if the developer were able to introduce the controls naturally without bringing the game to a halt, it would serve the flow of the game better. Micromanagement of the syringes and batteries got a bit irritating at stages where it felt more like a nuisance rather than bring out the intended effect of fear. This is definitely something that will take careful balancing so as to neither feel too easy nor seem like an annoyance.

Since the game runs on Unity we do hope the game is well optimized by the developers seeing as how the engine is notorious for being finicky about running on certain systems. However, we didn’t run into any technical issues other than the game taking a bit of time to load initially. 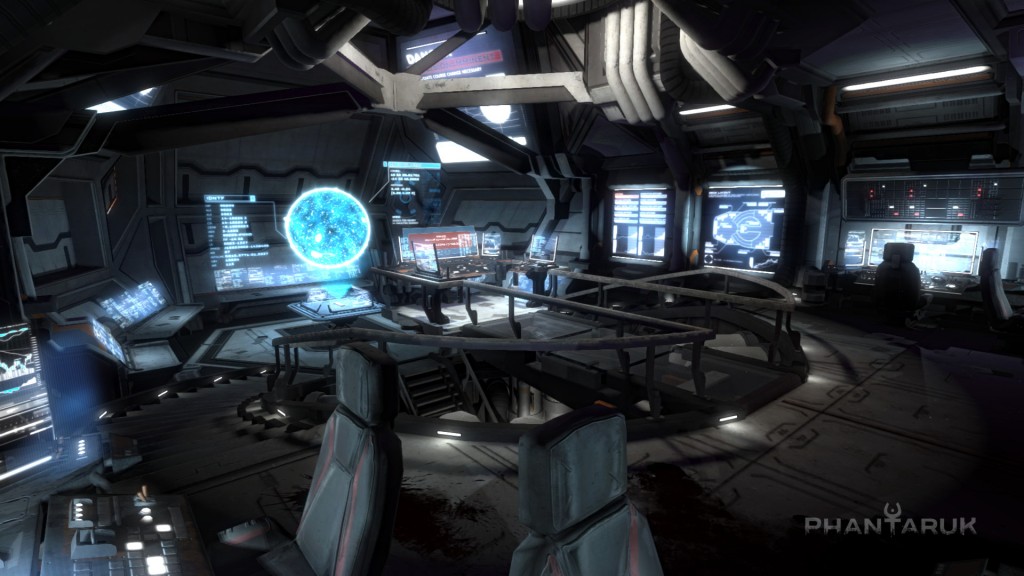 Overall, the game leaves us with a sense of optimism and we can’t wait for the final release. The full game launches on 16 August, 2016 for PC on Steam. Console ports haven’t been confirmed but are in consideration by the developer.

Disclaimer: The code was provided by the publisher for preview purposes.