Xiaomi launched an entirely new series today in the form of Redmi Y1 and Y1 Lite. The company has been been marketing it as an affordable selfie device.

The Redmi Y1 features a 16MP front camera with LED selfie light for improved pictures in low light conditions. Beautify 3.0 has also been tweaked to output balanced images. The 13MP rear camera is equipped with PDAF capable of 0.3s fast focus. Coincidentally the same amount of time is taken by the rear mounted fingerprint sensor to unlock the Y1. The Y1 Lite physically looks nearly the same sharing the same rear camera and battery capacity as its brethren but loses out on the fingerprint sensor. It is also powered by lower end specs.

Xiaomi also showed off MIUI 9 which will be available for devices as old as Mi2 by the end of November 2017. The final stable ROM will be rolled out over the month with the Redmi Note 4, Mi Mix 2 and Mi Max 2 being the first ones to receive it. There have been improvements across the board including faster app load times, lock screen shortcuts, new design UI elements, split screen and quick reply from the notifications bar. 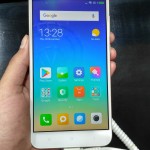 Front of the Y1 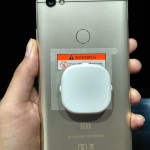 Rear of the Y1 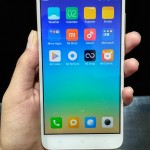 Front of the Y1 Lite 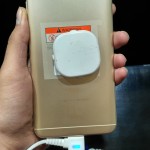 Rear of the Y1 Lite