After nearly a year of silence, Yu Televentures has launched the Yureka Black smartphone for the Indian market. The device is the spiritual successor to the Yu Yureka released by the company back in January 2015.

The all-metal Yureka Black comes with a 5″ FHD IPS display with 2.5D Corning Gorilla Glass 3 protection. It is powered by a Qualcomm Snapdragon 430 processor clocked at 1.4GHz paired with 4GB RAM. It packs in 32GB storage which is expandable upto 128GB via microSD. An 8MP camera with front flash and a 13MP rear camera with dual LED flash round up the optics. The fingerprint sensor located under the display takes just 0.2 seconds to unlock accepting prints at a 360 degree angle and also doubles as a home button.

The device is running on Android 6.0 Marshmallow based custom UI with features like Easy screenshot that captures the entire screen without the need to take multiple shots. One handed mode reduces the screen size and makes it easier to use the device with just one hand. Smart Gestures are also available and can be customised according to user preferences.

The Yu Yureka Black is priced at Rs.8,999 and will be sold exclusively on Flipkart from 6 June 2017 at 12AM. It will be available in Chrome Black (pictured) and Matte Black variants. 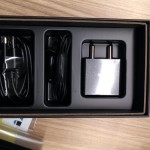 The contents of the box 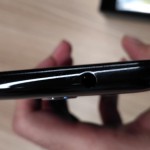 The 3.5mm jack located on the top 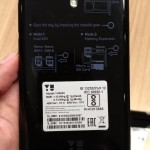 The rear of the Yureka Black 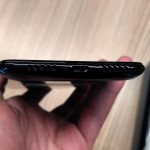